This initial installment of Home Grown Movies features an international selection of films from the United States, Germany, England, Mexico, Japan and the Netherlands, from 1929 to 2000, and shot on 16mm, 8mm, Super 8 and Hi8 video. Details about each film can be found on their respective pages.

Fee is a poetic film shot by Walther Barth in Germany in 1929, showing two young lovers (Barth and his girlfriend) in a bucolic scene contrasted by the looming industrial landscape in the background.

Captain Zip’s Comedy Capers is a collection of short comic sketches shot by a teenage Phil Munnoch in the Tower of London between 1964 and 1967.

The Mork Home Movies by father and son Phil and Peter Mork show two generations of their Massachusetts family, with commentary by Peter Mork.

Zach Home Movies include two films by a talented California-based amateur filmmaker. It is Lucky to Live in America looks at the family’s life in southern California, while San Francisco in Cinemascope is in unedited city symphony in widescreen 16mm.

Manuel Reyes’ Reyes Family Home Movies offers a rare glimpse of the work and family life of a family of Mexican-American migrant workers on both sides of the border.

Two films by Berlin’s Günter Dubiel, Verkehrte Welt and Gesichter in Unserer Stadt, reveal Dubiel to be a master craftsman as well as film artist.

Sinterklaas, by the Swart Family of Helmond, the Netherlands, is this group’s sole video offering. It documents the traditional Dutch visit from Zwarte Piet (Black Peter). 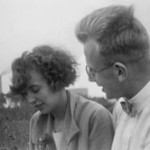 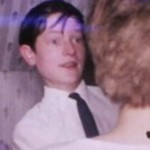 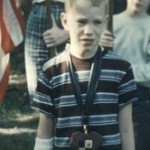 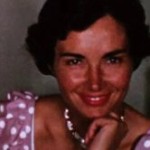 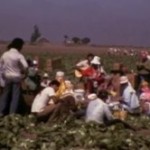 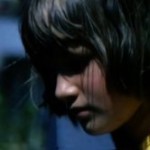 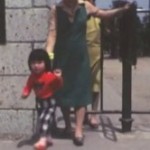 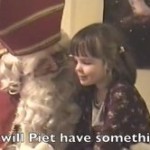