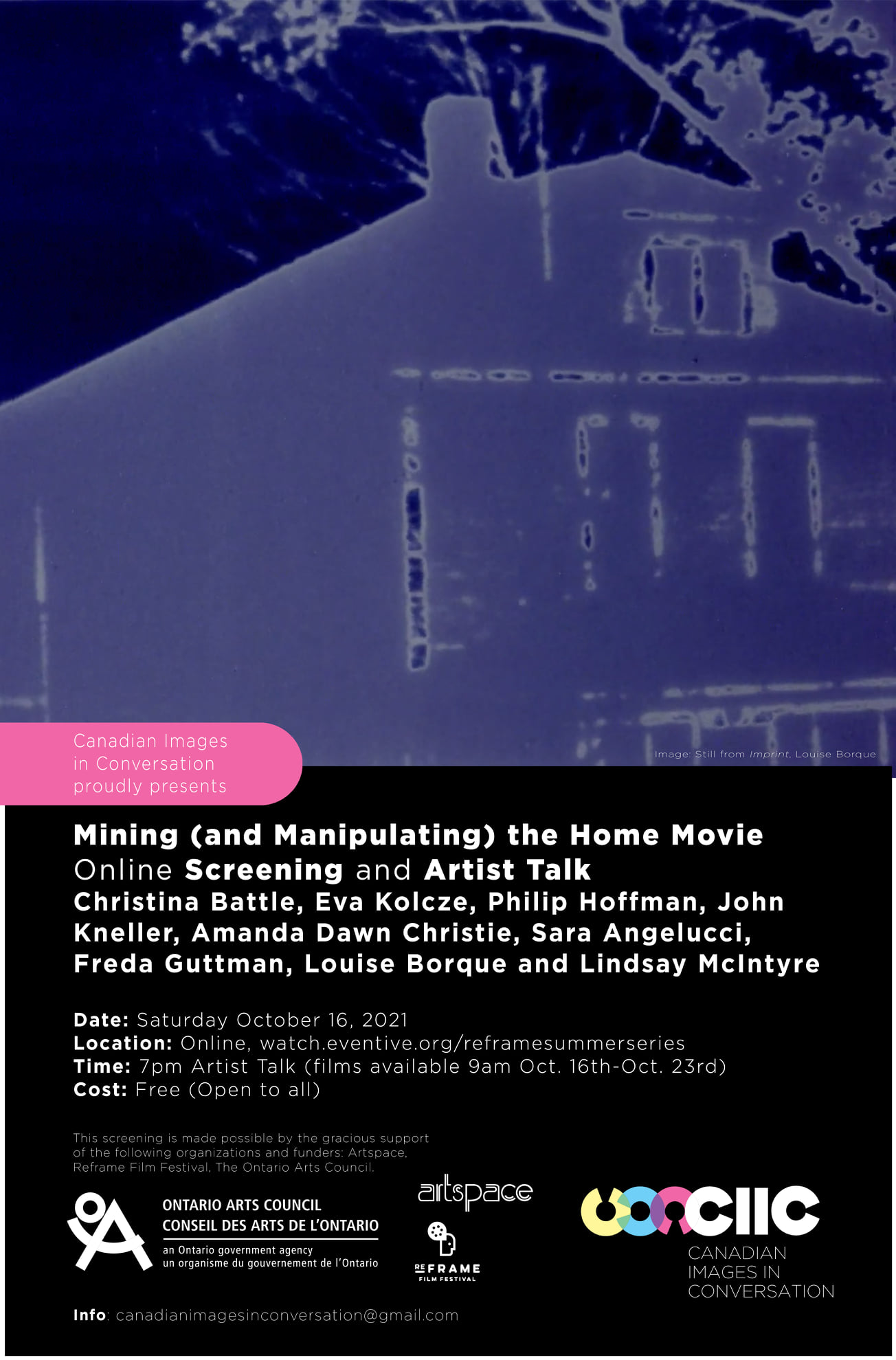 Mining (And Manipulating) The Home Movie

The experimental filmmakers whose work is in this program will discuss the idealistic nature of home movies and how their work addresses issues of memory and decay.

An often untapped source of historical evidence, home movies (and other types of orphaned film) offer a snapshot of Canadian life not recorded in mainstream histories of our country. While they can help people discover and remember our collective history, some historians and culture theorists have criticized their use as historical evidence, citing that they tend to idealize the past through what was filmed, how it was filmed, and who was filming. Containing personal and found home movies, as well as other types of source material, the films in this program reflect on the complexities of home movies and the realities they depict through the ways they incorporate and manipulate their source material. Emphasizing themes of memory and decay, the films raise questions about how our collective history should be remembered. Who gets to tell our stories? How should those stories be told? How can we begin documenting the past in a way that is reflective of different cultural groups?

Critiques our idealistic view of the past by distorting images and sound.

Eva Kolcze and Philip Hoffman, By The Time We Got To Expo, 9 min, Digital

Re-visits Expo 67 by manipulating footage from the event with different photochemical processes.

Separates the different colours of the film emulsion of home movies, drawing attention to the layered materiality of the film strip.

Explores the decay of memory and the filmstrip using super 8mm footage taken by the filmmaker’s father.

Uses the final fragments of home movies to create a series of “endings,” each one being obliterated by the white dots that appear at the end of each filmstrip.

Experiments with 8mm home movie footage of the filmmaker to explore how familial roles are represented in the space of the home movie.

Alters home movie footage of the filmmaker’s family home through tinting, bleaching, and other experimental practices.

Uses filmed images and audio interviews to explore the life of the filmmaker’s Inuk great-grandmother.

Canadian Images in Conversation is a new collective that is inspired by the legacy of the Canadian Images Film Festival, which took place in Peterborough between 1978-1984. With support from the ReFrame Film Festival and Trent University, CIIC aims to showcase Canadian films and filmmakers through regular screenings and artist talks.