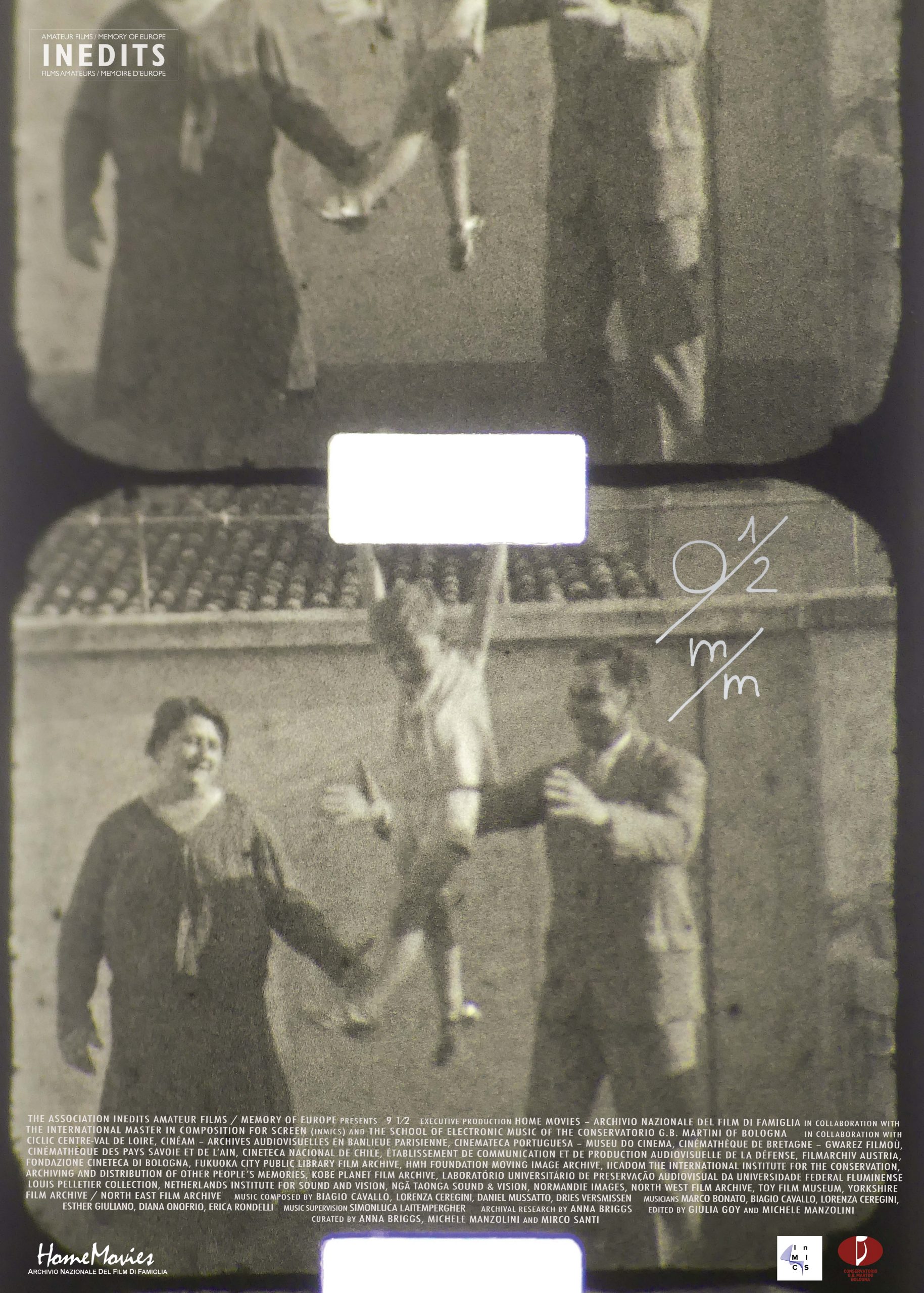 9 1/2 (https://www.facebook.com/nineandahalffilm/) will premiere in different locations around the world to celebrate Home Movie Day and the centenary of 9.5mm ‘Pathé Baby’ film! All of the premiere screenings are curated by archives and collectors that contributed footage to the montage film.

15 October – In Bologna, the film will premiere with musicians from the Conservatorio G.B. Martini di Bologna playing the score live, as part of the Festival Archivio Aperto (https://www.facebook.com/events/505945074369244) at Home Movies-Archivio Nazionale del Film di Famiglia, executive producer of the film.

15 October – In Timisoara, the film will be screened as part of the Analog Mania festival (https://www.facebook.com/AnalogMania) thanks to a partnership with Filmarchiv Austria
(https://www.centerforhomemovies.org/…/home-movie…/…).

16 October – In Kobe, the film will be screened as part of Kobe Planet Film Archive’s Kobe Discovery Film Festival (https://kobe-eiga.net/…/09/KDFF_pamphlet_fix_s_220919.pdf).

18 October – In Niterói, the film will be screened at the university movie theatre Cine Arte UFF, by the Laboratório Universitário de Preservação Audiovisual of the Universidade Federal Fluminense (https://www.cinevi.uff.br/lupa/).
Further screenings are scheduled for the year-long theatrical tour of 9 1/2 from October 2022 to September 2023.