The National Film Preservation Foundation (NFPF) has awarded the Center for Home Movies a grant to preserve “1944 Republican Convention,” a home movie from the Ellwood Hoffmann collection. Hoffmann was a delegate to the Chicago convention, and was right up close to the stage with his camera, shooting (in color) footage of Thomas Dewey, Herbert Hoover, Kate Smith and others. Cinema Arts, Inc. will create a new 16mm negative and print and digital transfer.

Ellwood Hoffmann (1885-1996) dropped out of school in 6th grade and went to work sweeping the floors at a hosiery mill for 25 cents per week. Eventually he started Lucille Hosiery, a silk stocking factory in Philadelphia. He retired at age 50 and pursued his hobbies – tennis, gardening and filmmaking. He visited all 50 states and Mexico and Canada filming with a camera mounted to the dashboard of his car. Many groups, including the horticultural society, invited him to share his films which he narrated with humorous stories. Unfortunately, he was killed in a car accident when he was 80 years old, but his films live on. The majority of the collection has been transferred to video and is available for viewing on Archive.org. 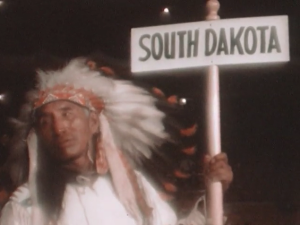 This is the fourth grant the Center for Home Movies has received from the NFPF since 2010. Previous projects allowed for the preservation of three films from the Arthur Smith collection including The Last Reel (1986), Memories on Film (1979) and award winning The Mirror (1950).

“1944 Republican Convention” is one of 57 films to be preserved through the NFPF’s 2015 Preservation Grant.